Here’s a great reminder to us scientific fiction writers: make it interesting:

Science on the screen: a biologist does Hollywood 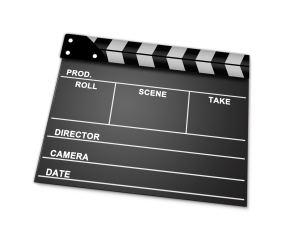 By Dan Vergano, USA TODAY
Once upon a time, a brave knight set out on a quest. He wasn’t just any knight. Oh no, Sir Randy was a scholarly fellow who lived in an ivory tower, where he wrote treatises night and day.

Sir Randy loved barnacles and lobsters and all sorts of creepy-crawly things that slither around in the muck under the waves. He loved them so much he wanted to tell the world, not just his nodding footmen, about his ardor for invertebrates.

So he left his ivory tower, his servants, his footmen and associate research dean, and headed for fairytale land, a place called Hollywood. There, he would face battles with dragons and snakes and studio hacks, all on his quest to learn the magical secrets that would allow him to blaze his beloved beasts’ beauty across the land.

Thinks it’s fairy tale? Nope, it’s the story of Randy Olson, PhD, who was an evolutionary biologist at the University of New Hampshire until 1994, when he resigned his position at the age of 37 to enroll in the University of Southern California’s film school. He gave up tenure, the holy grail of academic life, to start a filmmaking career, one best known for his popular 2006 documentary Flock of Dodos, which skewered scientists for their inability to speak plainly in countering creationism.

Now, like a knight-errant, Olson travels the land giving talks in combination with double feature showings of Dodos and last year’s Sizzle, a global warming comedy that mocked independent filmmaking, environmentalists and scientists unable to speak plainly in countering climate craziness. He also heads the Shifting Baselines media project, which uses humor to get message out about the decimation of marine life in the world’s oceans.

Notice a pattern? To slam his point home, Olson’s book, Don’t Be Such a Scientist: Talking Substance in an Age of Stylerelease in August, suggests that storytelling matters as much as accuracy in getting messages, whether on evolution, climate or lobsters, out to the public. In his perpetual wanderings, he stopped in at USA TODAY for a few questions and answers about the book, his films and his career: (Island Press, $19.95), scheduled for

Q: Who is Don’t Be Such a Scientist for? There can’t be that many scientists out there looking to speak better, can there?

A: It’s for everybody. I could have called it Don’t Be So Literal-Minded, or Don’t be Such a Lawyer, because we have a lot of trained professionals out there everywhere who have a lot to say that matters, but they tell their stories in a way that’s boring, or myopic, and just turns off the people they need to reach.

Q: Some scientists on blogs have asked whether the book is an attack of sorts on scientists. Is it?

A: No, it’s a talk I’ve been giving for 10 years at research universities. There’s always a third of the audience, usually the youngest ones, who say, ‘Yeah, I get it, be spontaneous, arouse some interest, tell stories, have fun.’ There’s always another third, who say, ‘You’re telling us to all to go Hollywood’ instead of being accurate.

I’m not, I’m telling people that you can’t just cram the science down people’s throats and expect them to listen.

Q: The book talks about the need for concise explanations of science. Why can it be hard for scientists?

A: We live in an age of rapidly intensifying communication — from blogging to Facebook, to now Twitter. Information is much more difficult to convey than emotion or humor, yet it is the core of the science world, meaning (scientists) face the greatest challenge to gaining and holding people’s attention. Concision is no longer an option. It’s now pretty much of an obligation to your audience.

Q: How can someone trained to just give the facts change?

A: Scientists don’t understand that they are storytellers. But I’ve found the best scientists are often the best story-tellers too. It’s not a coincidence.

You have to show (scientists) that a story is like a virus injected into a bacterium. It reproduces the message hidden inside the story and carries it along to spread everywhere.

Q: Why the angst in your book? Don’t be this, don’t do that? Haven’t

you won the battle? Al Gore won an Oscar and a Nobel Prize. The National Academy of Sciences has opened a Hollywood branch. Science documentaries are blossoming across cable television.

A: Show me the data. I don’t see enough people concerned about climate in polls to do anything about global warming. Al Gore himself has said he fears he “failed badly” with his mission to build a strong mass movement behind global warming. His movie preached only to the converted.

One thing I was very happy about with my movie Flock of Dodos was that it aired on Showtime, a much broader audience than PBS. That is the biggest challenge with science communication — reaching outside the usual audience.

Q: Can’t you go too far with story telling? The Day After Tomorrow reached a lot of people with a message about global warming, but some climate scientists thought it was ghastly.

A: Yeah, that’s going way too far to the other extreme. It’s style without substance. That’s the challenge, to get style with substance.

Q: Is your book a self-help guide, or an autobiography disguised as a self-help guide? You take a lot of abuse in the book (an acting teacher throws him out of a class, as hopeless, to open it), what’s going on there?

A: Well, maybe it’s just an element of honesty. I have taken a lot of knocks in changing careers. It hasn’t been easy. But I do live my life as an ongoing story. Even when a studio guy is just dismissing me, even when Stephen Jay Gould yelled at me for three hours straight (Olson was a teaching assistant of the famed paleontologist author), part of me was thinking, ‘This is a beautiful scene, this guy is really ripping into me.’ The Randy Olsone low moments in life are all part of the story too.

5 thoughts on “Science as Storyteller”