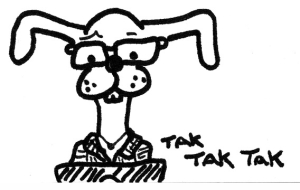 I mean from a writer’s perspective. If you had a character who was a hacker (or a cracker), how would you make him convincing. To be  believable, you have to enter their mindset. Here are some ideas I’ve gotten from my computer friends and The New Hacker’s Dictionary:

If you want to show a fake ‘hacker’, include these traits:

Any thoughts? I’d love to hear them.

More on geeks (from my tech blog–these are all humorous):

You Know You’re a Geek When…

10 Steps to Become a Better Geek

15 Ways to Get Your Geek On

What are the popular file extensions kids should learn about?