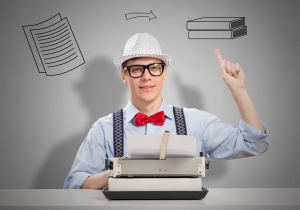 I read a lot, on average three books a week (based on my Goodreads Reading Challenge numbers). I live the maxim that writers must be readers. Because I love writing, I review many of them for one of my three blogs. When Amazon asked me to be a Vine Voice, I was flattered and wanted to understand why my reviews caught their eye. I spent time reading a wide selection of reviews and came away with a framework of what all critics included:

Reviews I didn’t like often covered these critical areas, but got lost in the ‘personal history’ weeds.  Unless the reviewer is Michiko Kakutani or James Wood (both listed among the top ten most feared literary critics), I’m ambivalent to a reviewers’ personal opinions.

As a result, I’ve developed a template for what to avoid in my reviews. See if you agree:

Book reviews aren’t opinions; they’re factually-based summaries. Sure, many books include the author’s opinion. A reviewer’s job is not to disagree with the opinion, rather discuss how the author rolls it out. Do they provide evidence? Is their argument well-developed or gratuitous? Do readers find themselves nodding in agreement or fuming in anger? They should feel the reviewer is even-handed, neutral, and an arbiter of the discussion rather than a participant.

The author writes from their personal experience. True, the reviewer’s personal fable is as unique–and likely different–as the author’s, but that isn’t what’s being reviewed. Show how motivation/theme/goals connect to a vast swath of readers even as the character/plot/setting are fresh and unique.

‘This isn’t my favorite genre’

Not only do I avoid that phrase, I hate hearing it as an excuse why the critic has her/his opinion. In fact, it tells me to ignore everything they’re about to say. If this isn’t the reviewer’s genre, research it. For example, literary fiction delves into characters; thrillers focus on plot. I wouldn’t down-star Ted Bell’s Patriot for the lack of Lord Hawkes’ personal thoughts.

If the reviewer isn’t willing to understand the book’s genre, stick with traditional traits like a compelling voice, developed characters, and well-paced plot.

Takes too long to get to the point

Reviewers should be pithy and laser-focused. Sometimes, they’re neither. Often, that happens because the reviewer isn’t sure of what they’re saying and hopes to throw enough words on the page to hit the bullseye for most people. Long reviews should be stuffed full of meaty information, not fat.

I love hearing a conclusion I may not agree with because it means I’m about to learn something. I feel cheated when that conclusion lacks evidence. Unless the reviewer is part of my inner circle (people who I tend to accept at face value), please cite sources–multiple sources–and give me linkbacks so I can verify statements.

Reviewers aren’t there to judge writers, rather evaluate. A debut novel is  different than the tenth in the series, and a young thriller writer should not be compared to Lee Child. Critics offer advice to inform the reader’s decision on whether they should read more of this author. That’s a weighty responsibility. Approach it with respect and humility.

For more on this topic, check out Adam Kirsch’s article (he’s considered one of the top ten reviewers by some). To see the review of what might be the most famous review ever (on John Keats), click here.

7 Reasons For and Three Against Critique Groups

25 Take-aways from the Richard Bausch workshop

, the story of her daughter’s journey from high school to United States Naval Academy. She is the author/editor of over a hundred books on integrating tech into education, adjunct professor of technology in education, webmaster for four blogs, an Amazon Vine Voice book reviewer,  a columnist for TeachHUB, Editorial Review Board member for Journal for Computing Teachers, monthly contributor to Today’s Author and a freelance journalist on tech ed topics. You can find her book at her publisher’s website, Structured Learning.

62 thoughts on “How NOT to Write a Book Review”